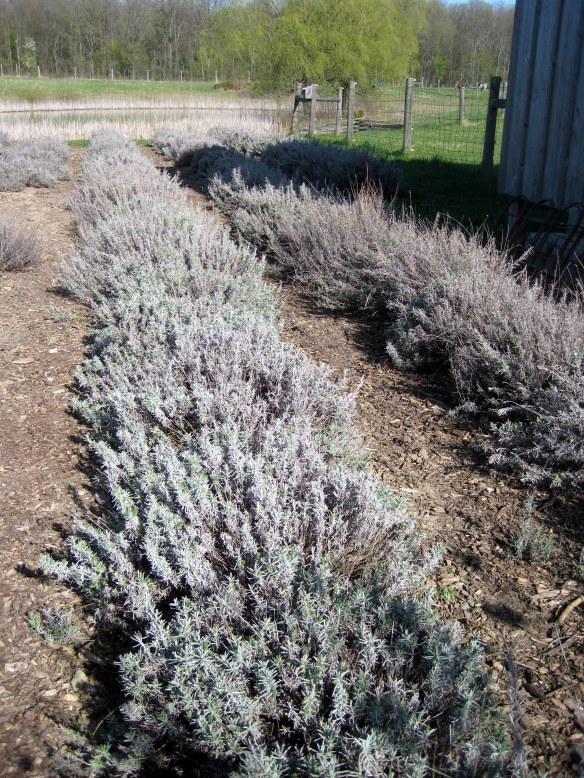 Upon first inspection, the grayish dry foliage of lavender may be mistaken for dead. 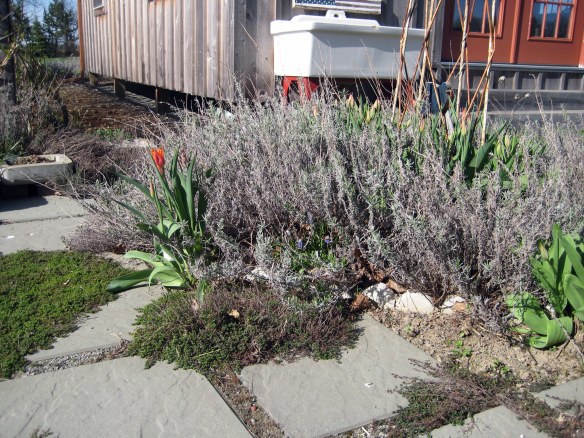 While everything else in the garden is ‘greening’, lavender appears seemingly lifeless. 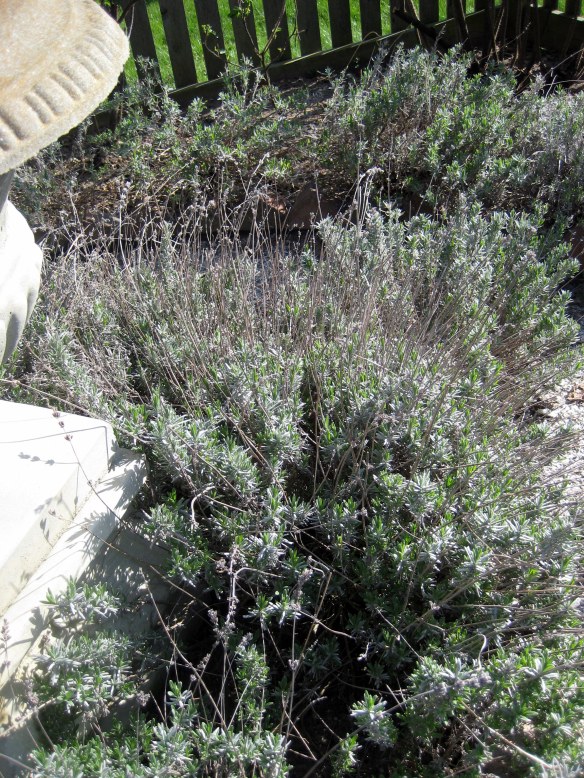 But wait, a closer look reveals green leaves emerging near the center of the plant and upward to the branch-tips. The warmth of Spring slowly awakens lavender from its winter slumber.

Lavender is actually a shrub. In my Michigan garden, I plant the hardiest of the species, English lavender, Lavandula augustifolia ~ the two most common varieties ‘Munstead’ and Hidcote’. Note: I have also planted several other varieties with major losses due to our erratic winters! Much of my lavender is planted within my gardens as a border or loosely formed hedge.

Lavender lives on for ages, its flowers becoming more sparse as the woody growth increases. The secret of keeping a lavender ‘bush’ in good shape is to prune it to shape in Spring…about one third of its growth, but try not to cut back to old wood. Lavender is ‘evergreen’ and needs its leaves to survive (the winter). Lavender prefers full sun, plenty of air around it, alkaline soil and good drainage.

Lavender usually blooms in early July (and if harvested) blooms again ~ to a lesser extent ~ in September. We know that the Romans added it to their baths ~ naming it “Lavandula” from lavare “to wash”. The flower buds and essential oil are primarily used for their scent (aromatherapy) in sachets, potpourri, wreaths, soaps and lotions. Did you know it’s a natural moth repellant (good for the woolies) and helps relieve pain from insect bites? I apply the e.o. directly to wasp stings to reduce the swelling! Lavender buds can also be used as a culinary herb to flavor desserts, vinegars, etc of adventurous cooks. Careful, a little goes a long way!

So, be patient and wait before you pull out your lavender!